For the past 35+ years, Corey Cohen has helped people and Dogs grow synergistic friendships based on mutual respect, trust and harmony using a mindfulness-based approach. He is the founder of Path of Friendship, an organization dedicated to the psychological well-being of Dogs.

The heart of his philosophy is connecting with our Dogs on an equal level—as friends—and not as owner and pet.

Corey began his career with Dogs that were deemed hopeless by others, such as those with extreme aggression, anxiety and trauma, and worked with several high profile cases in New York and New Jersey.  He was the training director for the Big Apple Schutzhund Club, Behavior Director for the Vermont Center of Animal Behavior, Director of NEK Search & Rescue in Vermont and New Hampshire and Director of Behavior and Outreach for the 5 branches of the Pennsylvania SPCA.

In addition to working with Dogs, he has been a student of Mindfulness since the late 1970s—beginning with his first Vipassana retreat and finally studying at Karme Choling in Vermont and with a Taoist Priest for 7 years.  He currently is a guest lecturer at the University Of Scranton world religion curriculum.

This nine-week course is designed to help the Dogs in our lives (and in our world) feel safe, secure, and whole by shifting from a typical hierarchical relationship to one of equal friendship.

Unlike traditional “Dog training,” Less Heeling, More Healing delves into the inner and outer lives of Dogs and discusses how living with Dogs on an equitable level creates mutual understanding and deep friendships with “our best friend.” Instead of focusing on control or manipulation, which often lead to exploitation, objectification, and commodification, this course invites you to learn how to become a lifelong advocate and friend with your Dog. You learn that much like throwing a “pebble in a pond,” cultivating a relationship based on mutual respect and understanding, ripples of friendship create a way of being and living where Dogs are not just here for us, we are here with them…together.

In this course, you will:

Less Heeling, More Healing is comprised of nine, one-hour classes, live hosted via ZOOM. These sessions will be archived for later viewing here on the Kerulos Learning Institute platform.

In addition to lectures, reading and links are provided for further exploration. Each class also has companion “homework” exercises and activities that are presented during class, which you can try out at home on your own.

The course is divided into three parts, which are outlined in more detail below.

This class will explore the fundamental desires of our Dogs, the biological basis for these desires, and what obstacles are in the way of achieving it. We’ll discuss why focusing on control separates us from our Dogs, and how the way to heal and repair this fracture is through a deeper connection with them.

To truly connect with our Dogs, we need to be on level ground with each other. Mindfulness is the dimension where we can align our present moment experience with theirs. We’ll discuss what mindfulness is and how to practice it together.

If our Dogs are to feel safe, secure and whole, then our friendship needs strong roots. This is unconditional love, acceptance and devotion to each other. We will explore ways in which to exercise our loving kindness “muscles”, and learn why transactional love can erode a friendship.

Our Dogs are self-determined beings and need freedom to become who they really are. This is known as Ikigai, or “reason for being.” When we dominate or over-control our Dogs, we inhibit their growth as individuals. We’ll explore how to recognize our Dog’s true inner nature, and practice the Taoist concept of “wu-wei” or non-interference.

When individuals live together, there will be an inevitable conflict. We can learn to branch out in different direction, while being respectful and compassionate. We will discuss the importance of individuation as well as integration in our friendship with our Dogs. We’ll discuss various ways of repairing any ruptures in our friendship, and turning friction between us into traction to move us closer together.

In this class, we’ll discuss the importance of “bi-directional nourishment.” Our Dogs and ourselves have complementary skill sets that help each of us be safe, secure, and whole. We will explore how seeing our relationship as equal partners, and not a hierarchy, we will thrive as individually and together as friends.

As friends, our Dogs and ourselves create a synergistic relationship. By attuning to and resonating with each other, we will learn to transcend our individual selves and create a harmonious whole. We’ll explore several ways to tap into this deeper connection.

Part 3: Further Down the Path

Class 9 – Further Down the Path

A secure friendship with Dogs doesn’t end at our our own interpersonal relationships, it expands outward to a societal, cultural and global levels. In this class, we’ll review the six needs of a secure friendship, and widen that view to include the way our world relates to Dogs. We’ll discuss the ethical implications of mass breeding and commodification of Dogs, as well as exploring how Dogs are exploited and manipulated solely for the benefit of humans. We’ll discuss how we can make global paradigm changes by changing the paradigm of our own relationship with the Dogs in our lives. 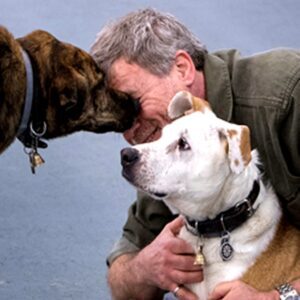 Corey Cohen has devoted his life to helping people and their animal companions develop deeply attuned, harmonious, and secure relationships. He specializes in shelter and rescue animals, and companion animals with PTSD, stress, anxiety, fear, and aggression. In his mission to restore dignity and respect to the human-animal bond, he has driven more than 1.3 million miles and worked with more than 10,000 animal/human relationships. Although some people have called him an “animal whisperer,” he views himself as a gardener who cultivates transformational friendships. Using his study of psychology, neuroscience, animal behavior, and mindfulness, he helps people and their animal companions sow the seeds of communication, understanding, and trust so they develop secure attachments, overcome fear and anxiety, and grow closer together. 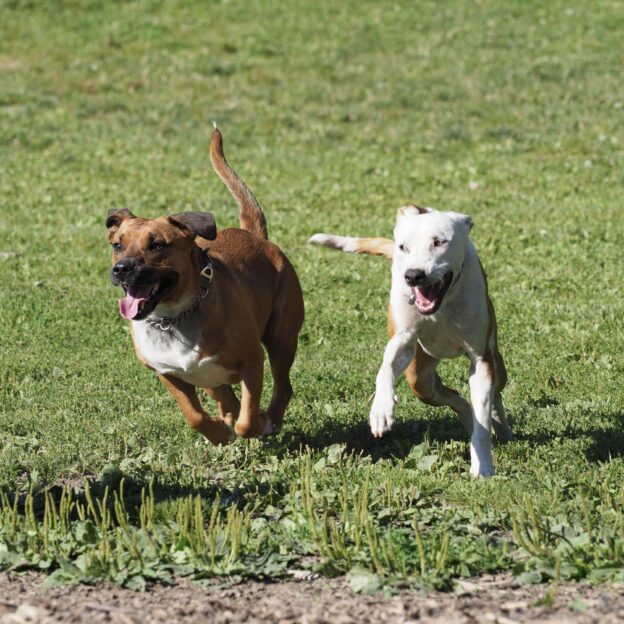 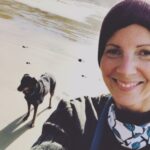 +5 enrolled
Not Enrolled
Take this Course

Login
Accessing this course requires a login. Please enter your credentials below!
Lost Your Password?